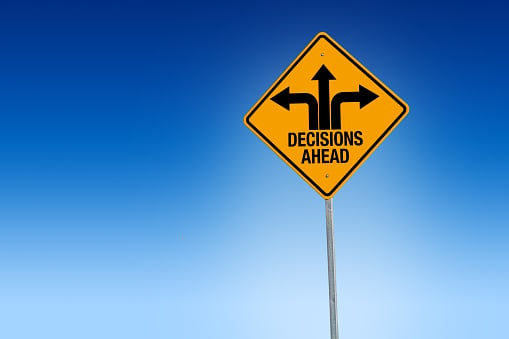 Change can be unsettling for employees. As a leader, there are decisions to be made, people to influence and emotions to be aware of.

How we react to change will differ, and it will depend on what the change is, our individual behavioural preferences and the support of those around us.

Leaders in the workplace

Leaders in the workplace have the role of influencers. The ability to influence effectively enables leaders to open locked doors and persuade people to follow them or adopt particular ideas.

An effective leader is also skilled at managing change. This includes both the process of change and the impact that a change inevitably has on their team.

In the workplace, this change can also be reflected as innovation.

Change and the adoption of innovation

The diagram below illustrates Roger's research from the 1970s, namely the innovation adoption curve. In other words, how does the average person respond when they are presented with a new idea.

The differences in responses to change include Innovators, Early Adopters, Early Majority, Late Majority and Laggards.

Innovators and early adopters rarely need to be persuaded, whereas laggards need a lot of persuading. As you look at this diagram, which group do you think is best suited to persuading the late majority and laggards to adopt change?

The answer, perhaps surprisingly, is not the innovators and early adopters. Instead, it is the role of the early majority to persuade. This cascading persuasion-pull is very effective.

Overview of the Innovation Adoption Curve

Innovators lead the creation of new ideas and are the first to challenge the status quo. They drive new initiatives, take risks and accept consequences that arise along the way. They are generally able to understand complex technical knowledge, can handle uncertainty well, and will learn from their mistakes.

Using the cascading persuasion-pull effect, early adopters will base their actions off the innovators' experience. They are slightly more cautious and prefer to base their next steps on research and best practices. They are adopters of innovation and are not known for taking the initial risks.

People in this group will tend to adopt innovation slightly before the average person. As they proceed with caution, they contribute to an important piece in a decision-making process. They will base their next steps off the experiences of early adopters.

The late majority adopts innovation later, as the name suggests. They are not initially sold on the next steps and will question whether the method or route is the right one. If and when they adopt change, it may be due to social pressures rather than personal agreement. Whatever the reason, the late majority must perceive the innovation as successful before they adopt it. They may not be excited by a change, but they will adopt it if they see the benefit to the wider community.

Let’s be honest, we can't always be an adopter! Laggards don't adopt change easily and like things the way they are: reliable, comfortable and predictable. They don’t see a reason to change things when what they’re doing works well. They must be certain a new idea is successful before they adopt it. They are also concerned about being blamed if innovation fails to show expected results.

To embrace a constant state of change, we must be ready and willing to try new things.

As you think about situations where you are managing change and need to be persuasive, consider the four principles laid out below. If you were to adopt one, which would help you the most?

1. Camera Angle
Persuasion will look very different depending on who is in front of you. It is helpful to look at what you are seeking to communicate from different camera angles or perspectives.

How often do you at put yourself in another person’s shoes and view change through their eyes? This can be a great way of unlocking a sticking point and realising that resistance to change is often not actually resistance but instead, a lack of clarity.

2. The Three ‘Musketeers’: Ethos, Pathos and Logos
Ethos is ethical persuasion, appealing to a person’s character. Ethos shows that you value what they value.

Pathos is imaginative persuasion, appealing to a person’s emotions. Pathos involves the use of empathy and a sense of feeling what the other person feels.

Logos is evidential persuasion, appealing to a person’s reason. Logos are logical and underpinned by facts as a means of displaying that you understand what the other person is thinking.

What might happen if you are seeking to manage change and one of these three is missing? Where are you naturally strongest? Where might you need to work a little harder?

3. Paint a compelling picture
Remember to help people see what you are saying rather than just saying it. Many people think visually.

4. Timing
Knowing when to advance and when to wait is one of the great discernment tools for any leader. In change management, this makes the timings of decisions as important as the decisions themselves.

One of the key areas covered in C-me’s Change Management Workshop is looking at how we can learn to maximise engagement and buy-in from others in our teams.

When teams are united in a common vision, and feel valued and engaged, they are far more likely to embrace change, even when the costs are high. This enables them to handle setbacks more effectively and turn pinch points into growth points. Change needs not be feared.

Managing change effectively is a key skill for every leader to master and can be the difference between success or failure. Why not consider using this workshop to help turn people’s no's into yes'. It need not be as hard as we may think...

Tags: Change Management, Effective Training and Development
Back to Blog

Championing Diversity and Inclusion in the Workplace

One of the most powerful, yet strangely overlooked elements when managing change is the provision...
Read More

How to turn challenging conversations into growth opportunities